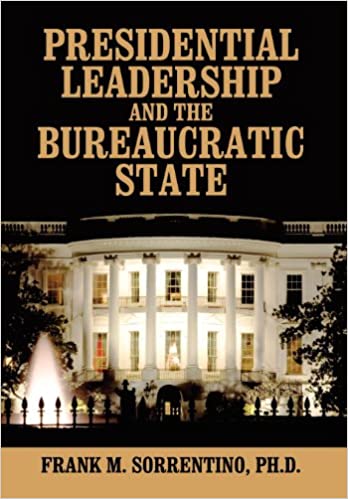 This book explores the inter-relationship between the President and the Bureaucratic establishment in the United States. It begins with an examination of the office of the Presidency and various theories on Leadership and Presidential power. The American System is unique among democratic societies in terms of the number of constraints on the Executive, especially in domestic policies. These include, Separation of Powers, Federalism, Weak Political Parties and a culture that is skeptical of authority. The Three major theories that are presented are Transactional, Authoritarian and Transformational. Each is presented and its applicability to the American System is analyzed and evaluated. The book then moves to what is commonly referred to as The Politics of Bureaucracy. In this section, the role and inter-relationship of Interest Groups, Congressional Sub-Committees and Bureaus is explicated. It is very difficult for a President to successfully challenge when there is agreement among its constituent members. This arrangement is often referred to as Iron Triangles. Presidents are rarely successful when they challenge these Iron Triangles. He either loses or must expend tremendous political resources to prevail. This work investigates how bureaucracies use not only their own material political resources but also develop Ideologies that allow them to compete in the area of values and ideas. Ideologies provide deeply ingrained emotional support among the citizens and other political leaders that allows these bureaus to compete with the President and other political actors in the arena of ideas for predominance in their policy area. Bureaus utilize both material and ideological techniques in three area of interaction, namely: Advice, Implementation and Propaganda. Each of these areas provides bureaus with ample opportunity to not only defend their interest but often to expand their political power.